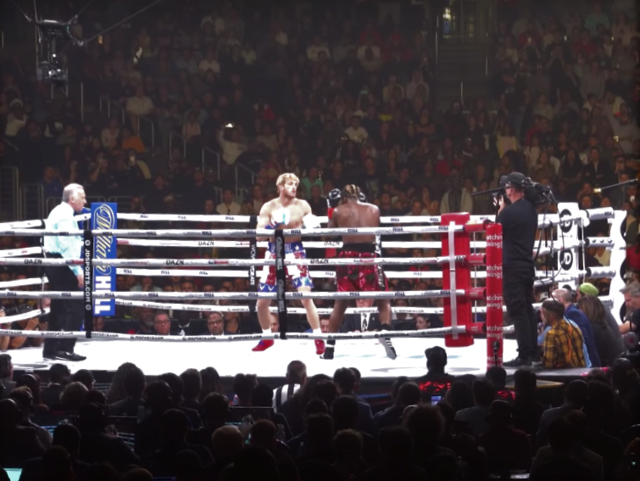 Boxing, one of the world’s oldest sports, seems to be in crisis. A multitude of titles, celebrity bouts, and controversial scorecard decisions. Yet, things point to a bright future ahead.

The author Joyce Carol Oates might be one of the least expected writers to comment on the sweet science. Her book On Boxing, nevertheless, is a considered reflection on the sport, and it is a sport she is well acquainted with. In the preface to the book she writes:

The sport seems in crisis, its best practitioners no less than its most dubious contaminated by association with fixed fights, manipulated judges, questionable referees. Demands for its abolition are made, indignation is aroused, well-argued editorials are printed, deals continue to be made, boxers continue to be “managed.” Occasionally there is a boxing match that, in its demonstration of skill, courage, intelligence, hope, seems to redeem the sport—or almost. Perhaps boxing has always been in crisis, a sport of crisis. – Joyce Carol Oates, 1994.

Boxing, it is often said, is not something you play. It stands at the threshold of game and combat, where, more than any other sport, serious peril is just an arms length away. This is part of what makes it hold fascination to us – the viewers – and part of what attracts them – the fighters – to test their resolve. Anyone who has stepped into a ring knows the thrill, and it is incomparable to any other sport. The attraction, in other words, is primal, but what keeps us hooked is a rational realisation that danger is always present, that it takes courage and determination to look risk straight in the face. The sad recognition is that this can all be buried under droves of commercialisation, money, and promotion. Boxing becomes a commodity and not a test of human resolve.

Naturally, the crisis in question is somewhat exaggerated. And yet, thinking of the glory days of boxing when the likes of Ali, Frazier, and later Hagler, Hearn, Sugar Ray Leonard, and Roberto Duran walked into the ring, everybody faced everybody. The best would compete against the best to show the world who indeed was the champion in any given weight-class. Today, we are yet to see some of the greatest heavyweights compete. Fury never face Usyk or Joshua, although it may be easy to speculate that he would win even against them. But who wouldn’t have wanted to see that? Why are there so many belts, which mean there can be several champions in one weight-class? Unification bouts are captivating: the two best are fighting to show who truly is the best. And what then? Are there more champions? Is there a ranking of titles? Who decides? The reason for the may titles is due to the many sanctioning bodies, but promoters also know how to use this in their favour to maximise revenue: a “world title fight” will always hold a certain ring to it, and will always attract a viewership.

On top of this, a new and more questionable phenomena has developed: celebrity boxing. Celebrities have boxed for charity for a long time. Mitt Romney faced Evander Holyfield. Recently, Thor from The Game of Thrones faced fellow strongman competitor and rival Eddie Hall. It all really seems to have kicked off, however, with Logan Paul and KSI – two YouTubers. Logan’s younger brother has now taken over the boxing world, ingratiating himself with the likes of Eddie Hearn and promoting himself as a promoter in the recent Taylor vs Serrano bout. Still, Paul hasn’t faced a serious boxing opponent although he has done a good show of defeating the candidates that have been put in front of him and, ultimately, a big pay check. One might think this is degrading to the sport. The way Jake carries himself and speaks about competitors surely is degrading. But looking at one positive side, we see that many news eyes have come to boxing. The questions – At what cost? For how long? And do they really know what they are watching? – will remain.

In the last few weeks alone, we have seen controversial decisions by the judges. Taylor vs Catterall was scored in favour of incumbent Josh Taylor, but the result was not uncontroversial. Even the speaker of the House of Commons spoke out against the ruling, wondering if there was any corruption. Referees are also criticised for early stoppages, usually by the defeated combatant, but a recent viral Tweet showed an early stoppage with no clear rational to it at all. This sent the boxing world into a frenzy, and quite rightly too. This aspect is more difficult to prove, as there are too many sentiments and opinions involved as to judges scoring one way or the other and whether referees have made the right call. Boxing is human, and will inevitably bring disappointment and human error. Many sports have become more automated, more controlled, more surveilled with cameras to determine whether something is indeed a goal or an offside. Boxing remains almost entirely human: two men or two women in a ring with a referee. There are cameras, but decisions are made in the moment. Long may that remain.

Perhaps, after all, there isn’t much to complain about. Boxing is a sport of crisis, as Carol Oates put it, because it is so intensely human. Humanity is always at a crisis point, at the brink of chaos. But discipline, order, harmony, are what keep chaos at bay. A fighter knows this better than anyone. Some of us may not like Jake Paul sticking his finger in the pie all the time, but if he attracts more viewers and has a genuine interest in boxing, then maybe he should be given the benefit of the doubt. At least until he faces a real boxer and is put back in his place. The many titles aren’t going anywhere, but fans will be looking for the best versus the best, and promoters have a duty to give fans the most prestigious and interesting bouts possible. The future of boxing is interesting, given that it is the second most popular sport among the youth according to recent studies. It is an ancient sport, with links to what speaks loudest to us humans, and therefore boxing will continue to be captivating in the future, despite erroneous judgements of promoters, judges, referees, governing bodies, and amateur celebrities.