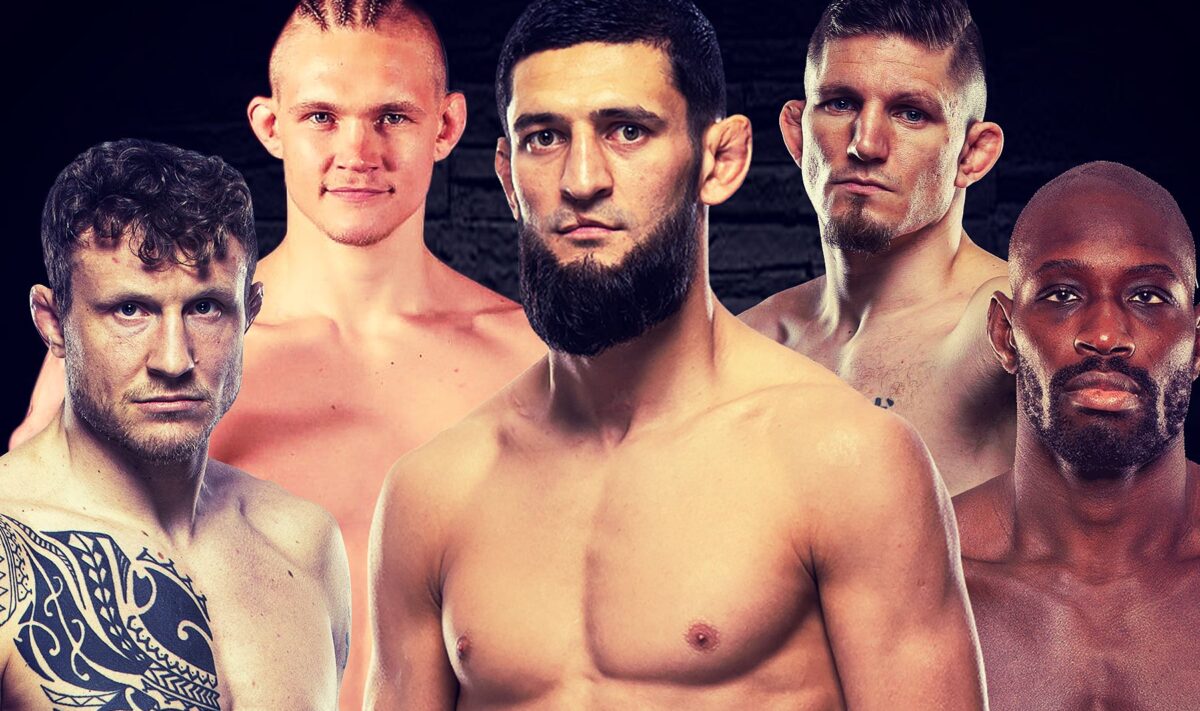 Sweden has been doing incredibly well in MMA for many years, often punching above its weight given the relatively small population. With athletes in all major promotions, past champions looking to gain their titles, and sure future title contenders, the future is bright. Here are Sweden’s top 10 pound-for-pound MMA athletes to keep an eye on.

It is hard not to put Khamzat at the top. Ranking first in Welterweight and second in Middleweight in Sweden, having finished off his two first UFC opponents early on in the fights and with only 10 days between the bouts, he has taken the UFC by storm. Next, he headlines a PPV in September, taking on Nate Diaz in the main bout. Standing with a professional record of 11-0, Khamzat is a rising star and many believe he is a future champion. Within the UFC’s rankings, Khamzat is currently #3in the Welterweight division.

The number one ranked Swedish Middleweight just comes off a win at UFC London, defeating Chris Curtis who stepped in to replace Darren Till at short notice. Jack and Khamzat wrestled, which ended with Khamzat being declared the winner. As Khamzat fights in the Middleweight division as well at times, the two Swedes may meet on a future UFC card. Until then, the Swede training in Norway has a clear place in the upper half of the P4P rankings. In the UFC’s rankings, Jack is #8 amongst the Middleweights.

PFL is a promotion which runs like any sports organisation with a regular season and playoffs. Last year, Sy came short of the Welterweight championship after having made it to the playoffs but losing his fight against Magomed Magomedkerimov in PFL 7. This year, he has made it to the playoffs and is on a two-win streak, placing him as #2 in the PFL Welterweight standings. If he makes it past the first round and advances to the finals, he is set to rise in the P4P ranks in Sweden.

The young talent has a distinctive karate style which he has honed to lethal perfection and combined with exacting MMA skills, most recently put on display at Bellator 281 where he submitted Mark Lemminger. Enkamp holds a record of 11-3 and fight fans are well advised to follow the career of this young protege.

Another Swedish Welterweight is former ONE Championship Welterweight champ Zebaztian Kadestam. He lost his title in 2019 by decision against Kiamrian Abbasov and was then submitted by Gadzjimurad Abdulajev at ONE Championship – Unbreakable. Now, Kadestam returns, seeking to reclaim his title, but first, he must get past Iuri Lapicus at ONE 160. “The Bandit” trains at Pancrase Gym, just like Sy and Enkamp. All three Welterweights are students of the legendary coach Omar Bouiche. Not bad, coach.

Pannie’s professional record is 16-6 and she ranks #9 in the UFC’s Women’s Bantamweight ranking. Most recently, in an all-Swedish bout, Pannie defeated compatriot Lina Länsberg at UFC on ESPN: Luque vs Muhammed 2 in April this year. She has won 5 of her last 6 bouts, losing only to the #5 ranked, and former title contender, Raquel Pennington.

Like Pannie, Lina Länsberg has made it onto the UFC’s official rankings, placing her at #13 in the Women’s Bantamweight Division. After her loss to Pannie, she dropped down to her current rank after being the #12 ranked. Her UFC debut came with a rough start, facing Cris Cyborg in 2016, and has since had alternating wins and losses, until a two-win streak in 2019, followed by a two-loss streak. Let’s hope she continues to climb the ranks of the Bantamweight division, in which Sweden is fortunate to have two superb athletes.

Many thought Latifi was robbed when he faced Derrick Lewis in Texas. Fighting in the UFC since 2013, his record for that promotion is 8-6. In his recent 4 fights, he has lost 3 but recently won against Tanner Boser. He has fought on average once a year for the UFC, and it would be great to see him compete more frequently. As a heavyweight, he belongs in the conversation, but a robbery against Lewis has set him on the back foot.

One of the true pioneers of our sport in Sweden, and someone whose efforts cannot be stressed enough, is the Hall of Famer Alexander “The Mauler” Gustafsson. Unfortunately, since his return from retirement, Gus has lost both of his bouts. Before that, he lost his two bouts before retirement. Yet, his skills are beyond doubt, and all it would take to silence his critics is one more win. If he wishes to return is up to him, but until then, he remains in the P4P rankings.

The Lightweight “Georgian Viking” won his UFC debut facing Mateusz Gamrot but lost his second fight where he faced Damir Ismagulov. He is still young in the game and can very well rise in the ranks of his already very stacked division. The competition will be tough, and he already has a loss in the division, but losses can be avenged and Guram is a talented athlete who has already defeated Gamrot who is set for a title eliminator bout against Dariush at UFC 280.

On top of this, there are many other rising stars in Sweden, and of the main martial arts promotions, we have one championship in Smilla Sundell, who is the youngest person ever to win a world title in Muay Thai, holding the ONE Women’s Strawweight Title.

Do you agree with our P4P listing? Look out for our forthcoming Scandinavian P4P list.