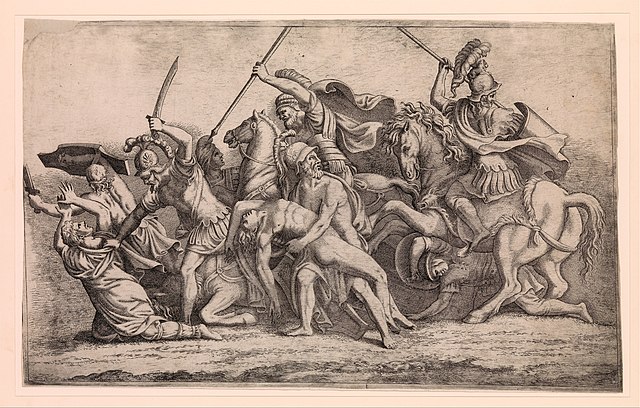 Boxing writing has become a profession of its own, with journalists lining the ring to get a decent view and write up their commentaries on the fights. Legendary writers such as Norman Mailer and A. J. Liebling have taken up their pens to write about boxing bouts. But the profession could be said to stretch back to antiquity.

Western writing begins with Homer and his Iliad and Odyssey. In the former, a striking detail will interest boxing aficionados. The scene takes place amidst the war between the Greeks and the Trojans known as the Trojan War. They have been fighting for a decade, and the heroic demi-god Achilles is enraged after the death of his companion Patroclus. Amidst the funeral of Patroclus, traditional funeral games are held in his honour.

During these funeral games, which start with chariot racing, we see the Greeks wrestle and box. One particular boxing match gets the attention of Homer who recounts the fight. Boxing takes place on the second day of funeral games, and other events included during the commemorative event are footraces, archery, and javelin games. The fight is between Epeios and Euryalos.

Homer describes Epeios as “a huge man” who is also “compact, clever with his fists.” Epeios rises to the challenge which has been announced, calling “two of our most powerful men to try for these awards in boxing.” What they are involved in is called Agon in Greek, meaning competition for a prize. The word is also where we get the modern word agony, implying struggle, even the struggle against death in our final moments of life.

“I’m best, I don’t mind saying. Enough to admit I’m second-rate at war; no man can be a master in everything. Here is my forecast, and it’s dead sure. I’ll open his face and crack his ribs.”

At this point, Euryalos gets up and takes the challenge, a “well-built man” as Homer adds. They bind rawhide slips across their knuckles, step into a ring, “and, toe to toe let fly at one another, hitting solid punches. Heavy fists then milled together as they worked in close with a fierce noise of grinding jaws. Their bodies ran with sweat.”

The description reads like a contemporary boxing commentary. Minute details are noted by Homer, who goes on to tell us that Epeios “leapt out with a long left hook and smashed the other’s cheek” and down goes Euryalos. He falls to the ground like “a leaping fish falls backwards in the offshore sea when a north wind ruffles it down.” You can tell it’s a seafaring nation. Gallantly, says Homer, Epeios helps Euryalos up from the ground as the defeated man spits out gouts of blood.

The story tells us a few things. Firstly, that boxing has held the fascination of men for millennia. Even the detail of the sweat and blood are chronicled. Second, boxing includes boasting – where Epeios reminds us of the boastful attitudes of the likes of Muhammad Ali and Tyson Fury – but in the end camaraderie triumphs. Epeios the victor helps his opponent up from the ground, glad to have won, but ready to lend a hand to his fellow citizen. Finally, it serves as a reminder that the origins of boxing are in times of war, and serve as a preparation for combat even if there are vital differences between the two. Wars are between enemies, boxing is – or should be – between peers.