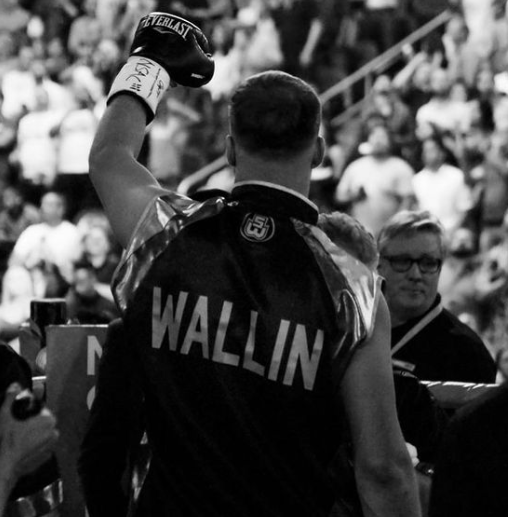 Sweden hasn’t had many boxing heavyweight hopes since Ingemar “Ingo” Johansson. After defeating Floyd Patterson at Yankee Stadium, he won the world title in 1959. Now, Otto “All In” Wallin is on a trajectory towards heavyweight gold, with a near-perfect record. We spoke to him about his forthcoming bout in Detroit against Rydell Booker on May 26th.

Born in Sundsvall, Sweden, Otto Wallin began boxing during his time at gymnasium (Swedish upper-secondary level education). Prior to boxing, Wallin had trained ice-hockey, football, floor ball, and swimming. All without greater success, he points out with a chuckle. A fairly normal upbringing in Sweden, in other words. But he never found his footing in those sports. His parents, despite his father having been an amateur boxer, forbade Otto to try boxing, but when he began studies at the gymnasium he took up boxing. Soon, Wallin noticed he had a talent for it. He fell in love instantly and realised this was what he wanted to do. A specific memory he has is winning diplomas in competitions as a young amateur boxer. He first wen 3 diploma bouts, and all went well. In his first amateur fight he faced one of his former diploma opponents, who had more experience than Wallin, but again Wallin came out with the win. With talent came victories, and with victories came increased attention from coaches and opponents. Boxing felt much better than all other sports he had tried before.

Boxing is one of the oldest Olympic sports. There must always have been an interest in seeing people fight.

Wallin has faced some of the top names in boxing today: Tyson Fury in 2019 (a bout which was hailed as remarkably successful for Wallin despite the loss by decision), Anthony Joshua twice at amateur level, both of which he lost, and Dillion Whyte whom he was scheduled to fight late last year but got cancelled due to an alleged injury on the part of Whyte. Whyte instead faced Tyson Fury earlier this year. I asked him why he believes so many people are attracted to boxing. Surely, he says, it has to do with it being an honest sport. “It is an intensely personal sport. It is only the athlete in the ring, faced with an opponent. You stand completely exposed, and if you win you get all the glory. If you lose, you have to take all the flack.” He enjoyed realising that the more effort he put into it, the better the results would be. He could see development and success in real time. In the end, the result is up to the athlete, in a way that it isn’t in team sports. Having played football he had spent a lot of time on the bench, but in boxing you are given an opportunity to showcase your skill.

Why do we watch boxing? I ask. “It’s the ultimate battle (Swedish kampen).” Two humans are placed in front of each other, and have to settle a conflict – the conflict of who is the stronger, better, athlete. “Boxing is one of the oldest Olympic sports. There must always have been an interest in seeing people fight.” 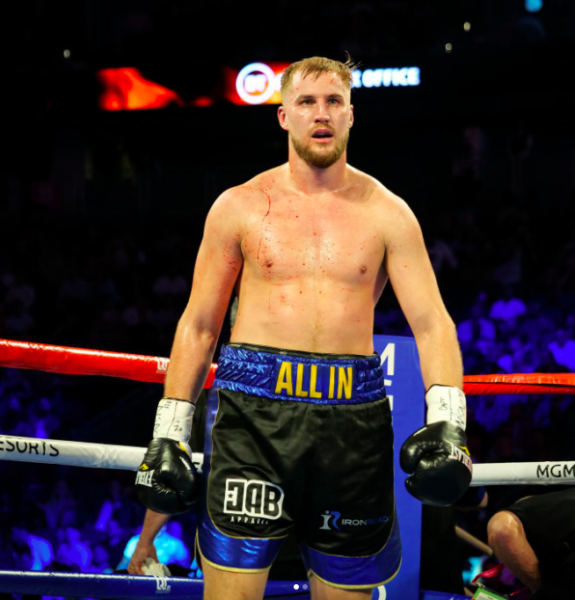 Turning to Sweden and the historic figure of Ingo Johansson, Wallin reflects on the success Sweden has had in general. A relatively small country population wise, Sweden has always punched above its weight. “This is very interesting. It’s hard to answer. But Sweden has been good at a lot of things. Music: ABBA, and so many other examples. Companies: IKEA and several other companies. Walking around New York, you always walk past H&M, Hästens, and so on. We have also always been good at sports. Ice-hockey, quite good at football, curling, handball, and boxing. I don’t know why. We must have a pretty good morale (stridsmoral). I believe we have a good inner drive, and dare to take risks. One has to have these to dare to go after things. These characteristics are necessary to succeed.”

If this general inner drive is something that characterises success and perhaps helps explain the Swedish success story, what specifically drives Wallin? In short: to be world champion. But every bout is important in order to get there, he adds. To this end, every bout has to be taken seriously in order to achieve the long-term goal. When he began boxing, his father always said you have to put down as much time as possible and train as much as you can, because once you step into the ring, you have to feel that you have done everything in training. That you couldn’t do more. ”The rest goes as it goes. If you win, you win. If you lose, you lose. At least you know you have done your best and you couldn’t have done anything more.” It feels good, he says, to know you have done your best. Then you just have to go after it, take risks and try to win – not just play it safe in order to get the win.

His preparation is as usual. His last bout was in February, and he has been training since. His approach is to train most intensively when he is far from the fight, and set the groundwork with fitness, boxing, and continuous exercise. As the fight approaches, he focuses more on boxing itself, and has more intense boxing sessions which includes sparring. To be fresh for each session, he has to have less intensive fitness training. This ensures he is prepared for each sparring session. After all, he is preparing for a fight.

I will try to put pressure on him and call his bluff.

Is there something particular he looks for when preparing for Rydell Booker? Naturally, he looks for whether an opponent is southpaw or orthodox. Southpaws are rarer. Booker is orthodox. Then you look at strengths and weaknesses. What does he like to throw? How does he move? Do I counter, or ensure he can’t throw his punches? “He’s older now. He has a good schooling. He went a great bout against James Toney in 2004. But he’s a bit older, and who is approaching the end of his career. I should be able to handle him, just by using what I’m good at. I know I’m younger, faster, and stronger. I’m in better shape than him, so these are things I will utilise. I just have to be myself, but one should never under estimate an opponent. Anything can happen, especially in heavyweight boxing. You have to be focused the entire bout. But on the whole, I’m the clear favourite.”

Predictions? Wallin thinks the 10 round match will be fun, but Booker has a tendency to slow down as the rounds go on. This can make it a boring fight, which Wallin doesn’t want. He wants it to be a great bout, one that develops his skill and which is fun to watch. “I will try to put pressure on him and call his bluff. He tries to make it boring by throwing some punches here and there, moving and holding his hands high. I will call his bluff.”

Looking at the heavyweight division, I ask Wallin if there is anyone he is particularly interested in facing. Only the champions: Fury and Usyk. He is not convinced by Fury’s retirement, but thinks Fury might take a cross-over fight against Francis Ngannou, the incumbent UFC heavyweight champion. He might do a bit of wrestling, he speculates. But Wallin thinks his hands will start tickling again and the call to come back to the ring will be too strong. He also thinks Fury will be interested in facing the winner of Joshua vs Usyk 2, in order to collect all the belts. “It’s hard to see Fury walking away from that opportunity, especially against two fighters I think he would beat.” Apart from the champions, there are no names standing out. Anything that propels him forward and which develops his skills. This is the first time he has two bouts in a year since 2019, so he hopes for a good fight next week and a bigger one along the line. He has to stay active and keep throwing his hat into the ring. “It can’t just be about the money, it also has to help me improve as an athlete.”

Wallin’s promoter is Salita Promotions, a smaller promotion company in the world of boxing. This means they have less of a say than bigger promoters such as Matchroom or Top Rank, who are able to arrange larger events. But by working with Salita Wallin can stay active. Every now and then, bigger fights are offered. For example, Dillion Whyte last year, which was cancelled. Fighting lesser known names, Wallin hopes to stay active while he waits for a bigger fight. After his bout with Fury, Wallin had a good deal with Showtime, where he was going to fight four times, which only resulted in two. Showtime had trouble finding new opponents for Wallin, so when the Whyte offer came he took it with a green light from Showtime. But this implied the end of the Showtime contract, and unfortunately the fight fell through. As opposed to the UFC, in boxing each promotion has their own agenda.

One can’t mention the UFC and ignore the many potential cross-over fights that have been discussed. What does Wallin think of them and of the wider phenomenon of celebrity boxing? Is it a positive development for the sport? Wallin thinks it’s a good thing. “More people are looking at boxing. The Paul brothers have many younger fans, so if one can get them interested in boxing – maybe even to start boxing themselves – I think it is good. Many have been negative about this phenomenon, but I haven’t. I think Jake Paul has done a great job with Amanda Serrano. He paid her well, and paid all the people in his undercard well. That is really good, and I appreciate that he pays his boxers well. He is promoting Serrano and has done very well. It was a fantastic fight between Serrano and Taylor.”

Is there a GOAT out there or is it too early to tell? Wallin thinks it’s tricky, especially if you consider the antiquity of the game. “It’s hard to keep all fighters in mind in such comparisons, and it is hard to compare across eras.”

As we draw our conversation to a close, Wallin expresses gratitude for all the support he receives from Sweden, Scandinavia – and in fact from all across the world. “It’s great when people appreciate what one does, and I hope to repay them with a great fight in Detroit and something bigger later this year.”