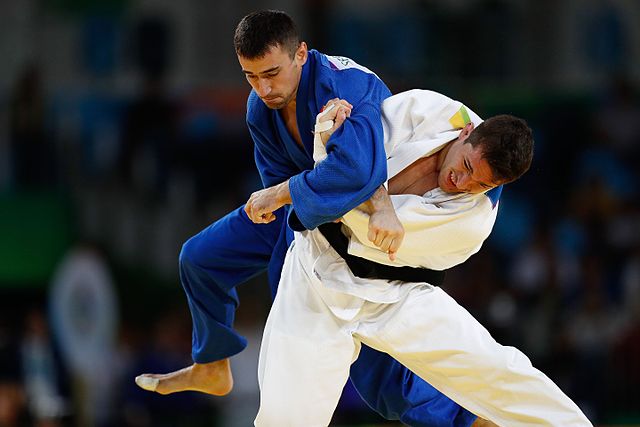 This weekend was far less thrilling than last weekend’s action-packed Saturday, in terms of the quantity of events. Yet, one potentially huge bout in women’s boxing awaits and the future of judo looks very promising. Some results are disclosed in the article.

Fighting in home field, Savannah Marshall defended her WBO female middleweight title against the Belgian Femke Hermans. Marshall won by KO in spectacular fashion in the third round, thus increasing her winning streak to 12-0. She has won her last 8 fights by KO/TKO. At the post-fight interview, Marshall claimed she is prepared to face Claressa Shield by the summer, confident that Shields ‘can’t handle my power.’ Shields holds several titles and a near-immaculate record. Her professional record is untarnished, but she has one amateur loss: against Savannah Marshall. This would no doubt be one of the greatest bouts in modern female boxing to date.

Turkey invited the world of judo back to Antalya for the second time, this time for the fifth major event of the World Judo Tour 2022. This is in preparation for the qualification period for the Olympic Games in Paris 2024, and showcased some of the world’s leading judokas. The event featured 525 competitors from 63 countries, with Georgia taking home two gold medals and two silvers, while France came second with two golds and one silver. Upset was mixed with happy surprises. World Champions such as Belgian Mathias Casse in the mens -81kg category was defeated by a young up-and-comer, Guiherme Schmidt. In the women’s -70kg competition, former French World Champion Marie-Ève Gahié won gold with a magnificent Ippon. In the -100kg men’s competition two World Champions met: the Portuguese Jorge Fonseca and spaniard Nikoloz Sherazadishvili. The gold went to Fonseca who holds the World title for his wight class at the moment.

Boxing fans have a potentially huge forthcoming fight to look forward to, while the international world of judo can expect gripping matches in the 2024 Olympics. On the way to the Olympics there will be many more interesting events to follow, as athletes hone their skills in preparation for that great event.