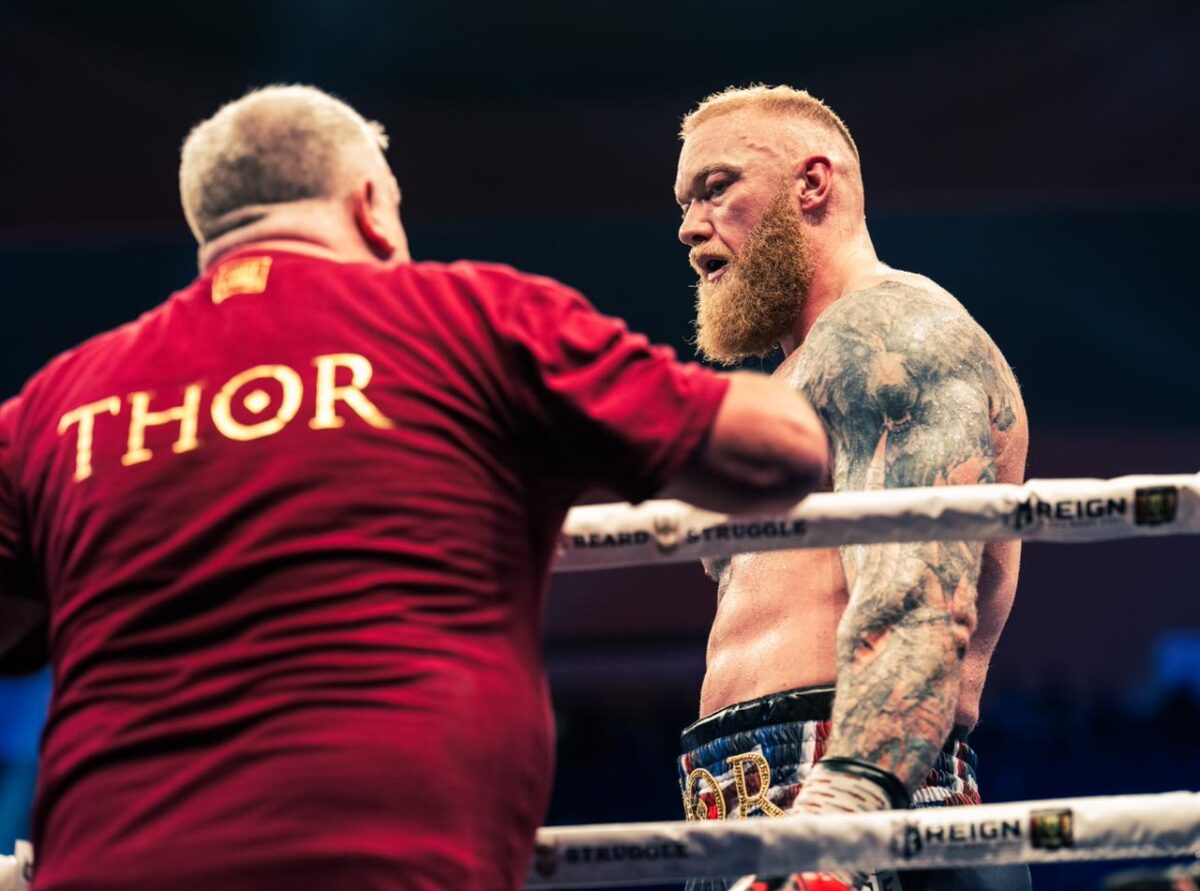 Coach Billy Nelson has been travelling for the past four months. His main focus has been training Hafþór ‘The Mountain’ Björnsson for his bout with Eddie Hall, which he won last Saturday. In the past five years, Coach Nelson only has one loss amongst his fighters. He recently spoke to Fighter Magazine about coaching Thor and his wider coaching insights.

We started off discussing what it was like to take Thor, one-time world’s strongest man, from a boxing novice to a pugilist ready to enter the ring for six rounds. Coach Nelson revealed that Thor had already been in training, losing weight and getting in shape, for a while before he approached Nelson for coaching. Thor was being trained by an amateur trainer, who, in fairness, was not very good, added Nelson. Part of the training was stopping Thor from doing any form of weight-training, which he has been off for about a year now. They drilled the fundamentals continually. There was a great willingness to learn on Thor’s part, and he showed great discipline. A lot of credit has to go to Thor, Nelson reminds us.

Could anyone make such a journey in such a short period of time? I asked. No, replied the veteran coach. In boxing generally, he says, some people have what it takes and some don’t. Some people can take things on board and some cannot. This doesn’t mean that they could never achieve their goals, but it will take considerably longer. In order to make it, what would a coach be looking for? ‘Using one’s two ears, two eyes, and one mouth. Absorbing information, watching carefully, and not being shy to ask questions. But one cannot overload on information either, you’ll end up being confused.’

In my analysis of the bout published on Monday, I criticised ‘celebrity boxing.’ Yet, to give this recent development the benefit of the doubt, seeing what Coach Nelson achieved with Thor is impressive. What are his thoughts on celebrity boxing in general? The coach is unfazed by this development. He sees that it has brought a sizeable amount of new eyes that have turned to boxing. Initially, he held a similarly sceptical view to me, but the new audience is undeniable. New people are taking interest in boxing, another set of eyes are looking at the sport. The quality, he admits, is never going to be that of professional boxing, because it isn’t professional boxing. One has to be realistic. Yet, some of the coach’s close friends say Thor could win more future fights. ‘Professional boxing is an unforgiving sport. But Thor – and other celebrity boxers – are making a lot of money and were they to lose it is not the end of the world.’

‘Boxing is one of these sports where everybody wants to be your friend when things are right, but they don’t want to know you if things go wrong. Which, fortunately for me, has not been very often.’

We turn to whether there might be a rematch, which the coach doesn’t know. He is ready to go back to training with Thor should he get the call. A plan would be put in place, as he is aware that there was a rematch clause in the contract. The coach, however, seemed convinced a rematch would not be necessary. Eddie has been in a boxing environment longer, Coach Nelson believes, but he hasn’t focused on technique. At the press conference leading up to the fight, Eddie suggested that technique doesn’t matter. ’But any sport is about technique and balance. It is all about technique, which Thor managed to master better than Eddie,’ he said. He is unconvinced Eddie knocked down Thor in the first round. Rather, it was a balance issue, and the second time Thor fell it was a push. Eddie’s face was the true proof of the way the fight went: two cuts, one above each eye and put down twice. ‘His ego would have been put in place a little.’

As a renowned boxing coach, what are the best insights he has gleaned regarding technique in his career? He reiterates that one ought to stick to the fundamentals. Continuous practice is also essential, because it is a repetitive sport. He also has a trick up his sleeve. Training a fighter for a world title shot, he suggested a left hook to finish off the opponent. He ended up in a heated argument weeks before the fight with the boxer, but come fight night the fighter utilised the left hook and won the title. Coach Nelson never got a thank you for that. ‘Boxing is one of these sports where everybody wants to be your friend when things are right, but they don’t want to know you if things go wrong. Which, fortunately for me, has not been very often.’