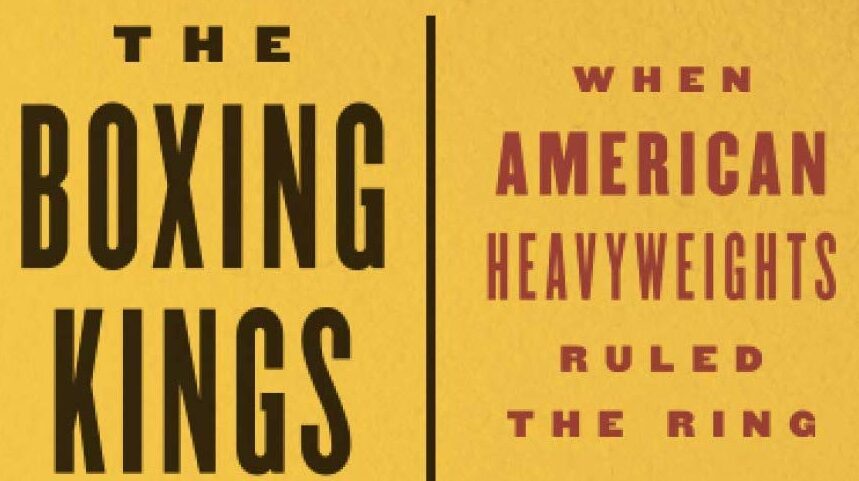 Boxing is a sport, but it is also a part of culture. It’s reach far exceeds the ring and the arena, penetrating politics, popular culture, and everyday lives. In The Boxing Kings: When American Heavyweights Ruled the Ring, author Paul Beston traces this phenomenon.

Boxing literature abounds. Many famous novelists have sharpened their pens and taken aim at the sweet science in the vain attempt to accurately describe the pathos of the sport. In her brilliant On Boxing, one of the most unlikely boxing writers, Joyce Carol Oates, describes how difficult it truly is to write about boxing. It is so primal, so raw, and so instinctive, that it eludes any final description. It will always be of interest to athletes to compete in, fans to watch, and writers to try to capture. It slips through the cracks of both logical precision and poetic imagination because it is neither an exact science nor a conventional form of art. Yet, it is both the “sweet science” and a martial art.

Paul Beston, a managing editor of City Journal and author of the novel Glass City, added his sharp pen to the pool of boxing writers with his book The Boxing Kings: When American Heavyweights Ruled the Ring (Rowman and Littlefield: 2017). The book is not aimed at describing the sport itself and it isn’t a biography of a set of boxers per se. It follows the story of boxing legends in America, and how their lives and careers impacted the country from which they hail. Starting with John L. Sullivan, the legendary bare-knuckle boxer and first heavyweight champion of the world, moving on to Jack Johnson, the first African-American heavyweight champ, via Jack Dempsey the “Manassa Mauler” and more recent legends such as Muhammad Ali and Mike Tyson. Many, many other fighters make an appearance and contribute to the story of how boxing pertains to society.

Part of the appeal of boxing is the fighters themselves. The drama of the fight compels viewers across time and space, but the story of each fighter is unique. The story itself is what we become invested in. This is shown with great style in Beston’s book, where we as readers get to follow the lives of fighters anew, being invited to partake in their personal triumphs and travails. We feel the racism directed at Joe Louis and we rejoice with him when he defeats Max Schmeling in their rematch. We relive the pain of seeing “The Greatest” knocked down to the canvas, even if we were never there in person. And we are stunned by the aggression shown by Tyson when he bit Holyfield’s ear off.

On top of this, we know the fighters who never remain anonymous as they might in football, basketball, or ice hockey due to the sheer number of players (with the exception of some superstars), meaning that we hear of their lives outside of the ring. Most of their lives, in fact, take place outside of the ring, if by this we mean the professional bouts broadcast to millions of viewers. Their routines may be known to avid fans, but their day-to-day activities, political allegiances, and cultural interests are all coveted information to the world. As Big Joe Egan said in my recent interview with him, all athletes respect the fighters. It is as if they know which sport stands at the top of the athletic mountain. This was seen when Canelo and GGG recently through the first ball at a baseball game. The baseball players came out to greet the boxers. “Fighters pose with their fists in the air as if they have earned the right to do so. No other sportsman makes any similar gesture in a photo that references their own sport. Football players don’t pretend to kick a ball. Tennis players don’t pretend to serve. Boxers raise their fists,” added Big Joe.

Boxing has stagnated in the past decades. Perhaps it was sometime after Tyson’s peak. Perhaps later. Maybe it never dwindled, and we just lost sight of the greatness of our sport. Is not Mayweather the star of our times? There are diverging opinions here, as the sport seems to turn more to entertainment and money-spinning than the old-time competition: the best vs the best. Tyson typified the modern celebrity, and Rocky Marciano embodied the American Dream. This may all be coming back albeit in a new guise with celebrity boxing. Or indeed boxing truly has died and been clutched by the greed of promoters, many of whom have never stepped inside a ring in their lives. However it may be, Beston shows that another world did exist, and it brought passionate athletes who tried to make the world better by means of their boxing. To cite Big Joe again, “boxing was blessed to have Muhammad Ali.” May we be blessed with greats again.

Get the book here or on Amazon.

RIP: “Judo” Gene LeBell A legend of the marti

THE MAN WHO FOUNDED THE UFC In 1993, a revolution

The PFL Playoffs kick off tonight with the Semifin

With two belts on the line and a heavyweight match

Unlike most other martial art sites, our writers a