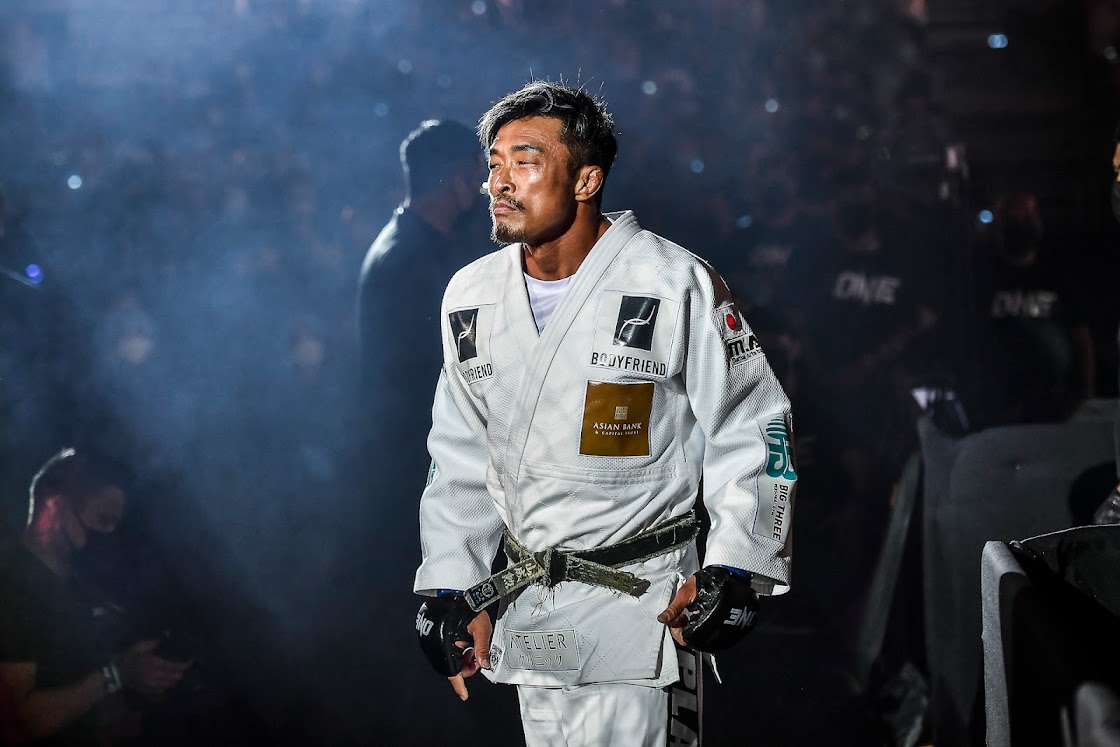 Judo is perhaps most often associated with education, personal cultivation, and a way of introducing children to martial arts. Yet, Judo is a venerable martial art which has proven to be effective in MMA. One of the premier judokas who has proven this is Yoshihiro “Sexyama” Akiyama, whom we spoke to about his career.

Earlier this year, Yoshihiro Akiyama, colloquially known as “Sexyama”, stunned the MMA world with his defeat of Shinya Aoki at ONE: X, the biggest event in the Singapore-based martial arts promotion’s history. Sexyama won by TKO (punches) in the second round, and his defeat of compatriot and fellow judoka clearly meant a lot to him as he celebrated his victory. For Sexyama, the judo and martial arts life started early. His father practised judo, and his mother was a Korean representative of the national swim team. He later moved to MMA when there was an MMA boom in Japan, with the sport becoming increasingly popular. He got an offer to compete in MMA while still practising judo primarily. In short Akiyama’s MMA career came through his success as a judoka.

Having competed at the highest levels of judo and MMA, and in both Asia and America, I ask him why he thinks people are drawn to fight and to watch others fight, and if this differs across cultures? He believes those who compete in fighting do so because the drive is to reach for strength, to be the strongest, and it is the sport that gets this across the easiest. People, in turn, are drawn to fighting historically. It’s as simple as that. All throughout history people have been drawn to combat, he says, and to combat sports. Fighting is ingrained in our DNA, and we are wired to enjoy that kind of action. As to the cultural divide, Sexyama expresses admiration for the fans in the US. “The fans are livelier, it’s a rowdier crowd. In the Philippines and Singapore, for example, when competing there recently, it is starting to resemble that same level as in the United States. So as a competitor, it is really fun and motivating.”

With a background as a judoka, does he believe judo is effective in MMA? His reply is concise: “Yes, I definitely think so!” Asking him to expand on the difference between judo and other martial arts, where the flow and reactiveness of the sport can perhaps be seen more clearly than in many other martial arts, Sexyama sees one great advantage in the gripping. Through the grip, one can feel the opponent’s strength and flow, which is unique to judo, but can translate to other martial arts as well. It is important to feel the opponent’s flow. I ask Sexyama for his favourite Judo throw: Tomoe-Nage, a spectacular throw in which the judoka has to sacrifice himself, throwing himself on his back in order to gain advantage and throw the uke (opponent) onto his back, steering him with your foot and hands. Why is it his favourite? “Because I am the best at it!” 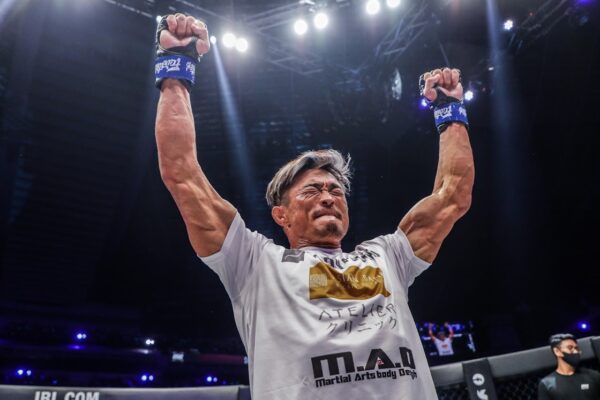 Judo, like many martial arts, comes complete with a philosophy. When Jigoro Kano founded Judo in its contemporary form, he did so along with an educational philosophy in mind, summarised as maximum outcome through minimum effort. Sexyama still sees value in the philosophy alongside the physical effort, claiming that they go hand in hand. “If you are reaching for the Olympics, for example, it is essential that you have both in line and under control, and that you find the right coaches.”

I think – I hope – that those who are beginning to learn Judo can apply it to martial arts and enjoy martial arts as a whole. That is my message.

Now that Sexyama has competed at the highest levels, what is his sight set at? “Because I am at ONE Championship now, I do have the goal of getting to the championship level and fighting for the championship.”

WHY YOU SHOULD DO JUDO

For us in the cold North – Scandinavians who are still in the infancy of martial arts practice – what does Sexyama have to say to encourage more people to practice the venerable art of Judo? Laughing, Sexyama explains that with Judo one learns aspects of respect, you become stronger, learn about martial arts and how to approach and interact with others in a respectful manner. “I think – I hope – that those who are beginning to learn Judo can apply it to martial arts and enjoy martial arts as a whole. That is my message.”