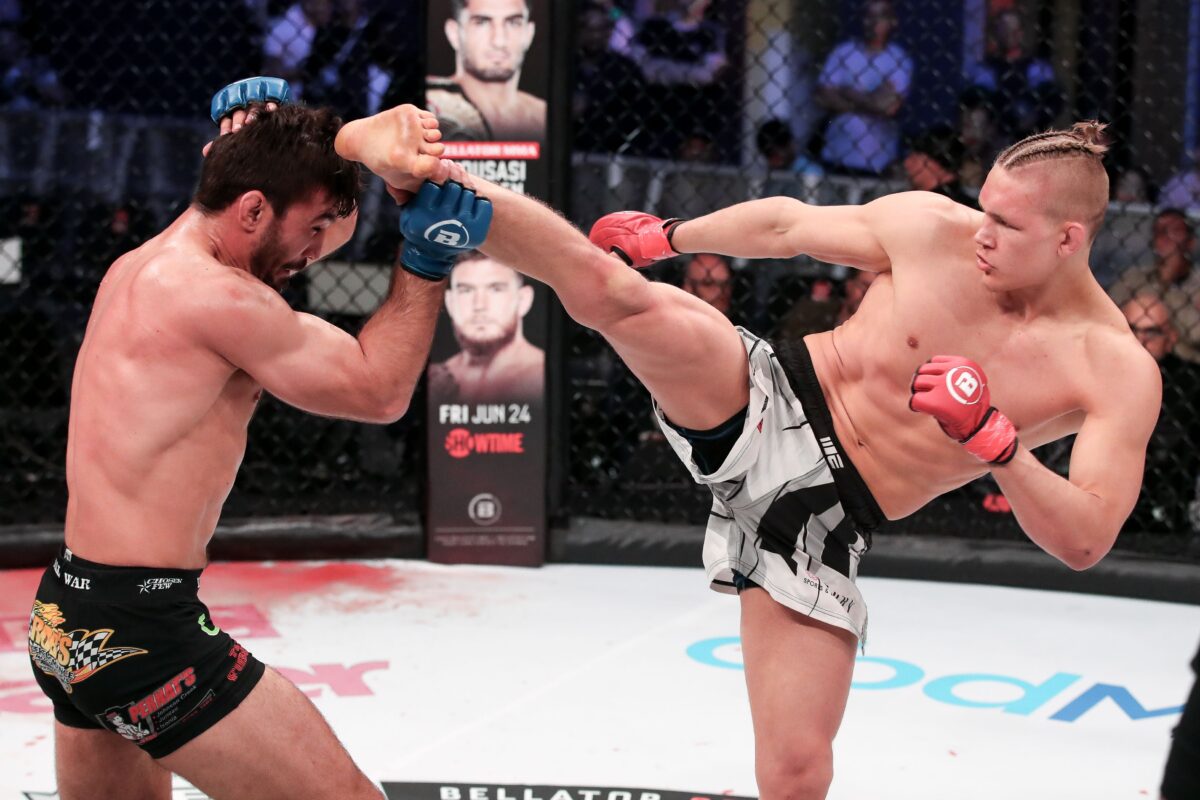 Former light-heavyweight champion Jan “Polish Power” Blachowicz returned to the octagon to face Aleksandar Rakic on Saturday. This is in anticipation of regaining his title, which he lost to Glover Teixeira late last year. Blachowicz took the win after Rakic suffered an injury to the knee in the third round. Texeira faces Jiri Prochazka for the title in UFC 275. Perhaps the winner faces Blachowicz next.

Katlyn Chookagian defeated Amanda Ribas in the main card, furthering her winning streak to 4 and giving her the record of most wins in the female flyweight division. She lost against dominant champion Velentina Shechenko in February 2020by TKO. Following her recent accomplishments she surely deserves another go, but the result being any other than last time is highly questionable.

The co-main of the evening saw Ryan Spann defeat Ion Cutelaba in the first round through submission. Spann lost against Anthony Smith recently, but is a name to be added to light-heavyweight contestants to watch, following his Performance of the Night, fo which he got a bonus.

We interviewed Oliver Enkamp before Bellator 281 in which he promised a sharp focus and an exhibition of his technical skills. We got exactly that. Opponent Mark Lemminger – a wrestler – claimed he felt Enkamp tap, as he tried a guillotine choke on Enkamp three times in the first round. Despite his attempts and claim to success, I had Enkamp up after the first round. Enkamp had splendid defence against the chokes but round two was Lemminger’s, dropping Enkamp twice. In the third round Enkamp came out kicking and caught Lemminger in what I and many other commentators thought was a buggy choke. Enkamp comments on Instagram:

it’s actually not a ”buggy choke” as the commentators suggested; but an inverted triangle choke with added arms. We can call it the ”Enkamp squeeze” if no one gave it a simpler name yet.

Logan Storley defeated Michael ”MVP” Page via split decision in the main event. MVP, who is from England, was fighting for a supportive audience but Storley took the decision in the end. Storley said: ”Thanks for having me London, boo me all you want, nobody stands with him, don’t boo me, see you on your way out.”

Also veteran Lyoto Machida was seen returning to the ring, facing Fabian Edwards. In round one the match was over, with Machida defeated by KO. Edwards is the younger brother of Leon Edwards who competes in the UFC. Edwards had this to say after the fight: ”The Edwards brothers are known for their elbows, he should have f—- known they were coming.”

Tony Yoka (11-0) was tipped to win in a heavyweight showdown in Paris, where he fought for home audience. In front of him he had Martin Bakole (17-1), trained by Billy Nelson. Yoka, an Olypmic gold medalist, is a rising star who many believe can go very far, while Bakole has remained undeservedly unknown. Perhpas this will change after his win on Saturday, with majority decision scores of 94-94, 95-93, and 96-92. His career is one to be followed.

In a rematch with Brian Castano on Saturday, Jermell Charlo unified his titles and became the first undisputed super welterweight champion. He dropped Castano in the 10th round and started celebration of his victory while the referee still counted out the opponent. Charlo said: “This is something that is legendary. I’m a legend. This is a beautiful thing.” The question is whom he might face next. Terrence Crawford would be an interesting fight, and one Crawford has expressed interest in. But Crawford may have his hands tied by a fight with Errol Spence Jr, so that match-up would have to wait.

Alejandra Ayala challenged for the women’s super welterweight title in Glasgow on Friday, but lost against champion Hannah Rankin. The loss forced Ayala to undergo surgery after damages sustained in the fight. The fight was waved off by the referee in the final round handing Rankin the victory in her maiden title defence.