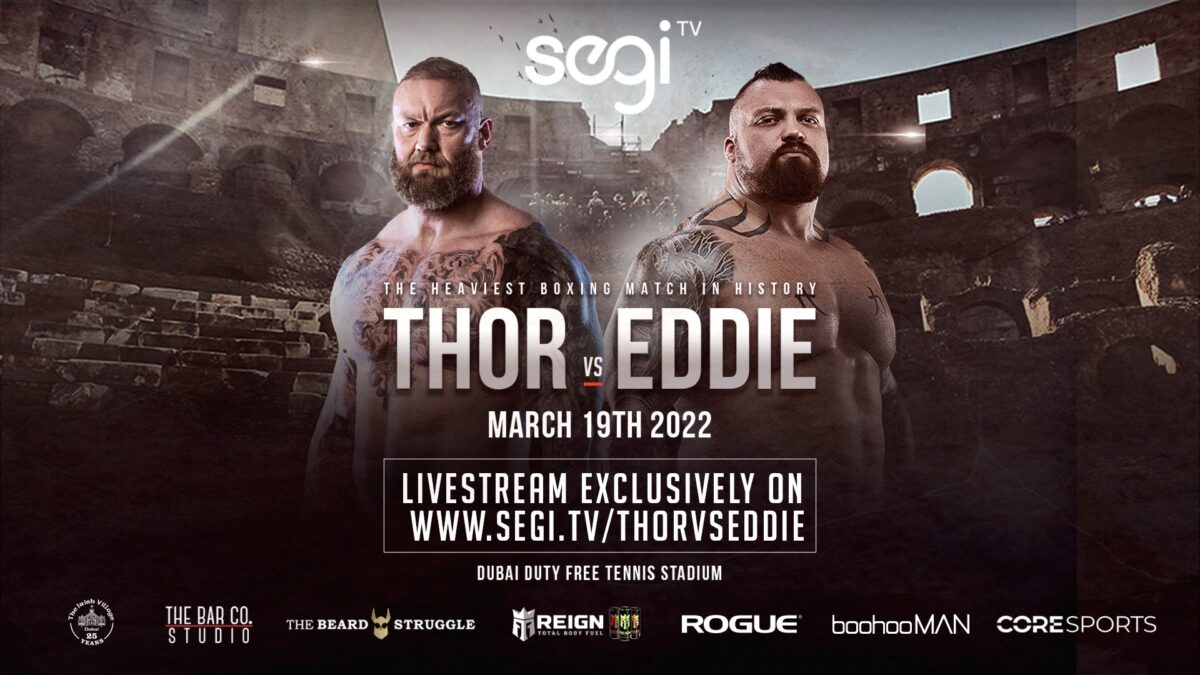 Two friends turned rivals will meet for what has been dubbed ‘the heaviest boxing match in history.’ At the recent weigh-ins Thor reached a weight of 152kg, while Eddie will enter the ring at 142.2kg. The two strongmen will settle their personal differences this Saturday.

The two heavyweights were friends and colleagues, both competing for the title of the ‘world’s strongest man.’ Eddie Hall won the title in 2017, and Hafþór Björnsson in 2018, by which time Eddie had retired from competition. The controversy between the two old friends began in 2017. At the strongman competition held in Botswana 2017, one of the events was the ‘Viking Press,’ where competitors lift a heavy load above their heads. Only lifting with the arms is allowed, and bending knees to gain extra force is deemed an infringement. Thor had one repetition disqualified and ended up with 14 reps. Eddie Hall, lifting after Thor, knew what he had to beat and landed at 15 reps. Thor and his team were infuriated by the referees decision.

This conflict led to the two former friends falling out. On top of this, Eddie held the world record in deadlift, lifting 500LBS. Thor set his eyes on this record and lifted 501LBS in a live-broadcast. This lift has been challenged by Eddie, and over the past five years no love has been lost between these giants. They have called each other names, dedicated plenty of time to posting videos about each other on YouTube, and calling each other out for a fight. A first fight was set for September last year, but after Eddie pulled a bicep the fight was postponed. Now we finally get to witness the two leviathan nemesis settle their score.

Over the past months, both athletes have posted videos of their training camps. Joe Rogan made some comments about the video, stating Eddie’s boxing was ‘rudimentary.’ Thor – a southpaw – has had a few bouts up to this point, including against the arm-wrestler Devon Larratt. Eddie Hall is yet to step into the ring for the public to see. Instead, he has posted videos of bag drills, sparring and pad work. Thor has gained some experience, yet if it is enough or comparable to the forthcoming fight with Eddie has been questioned. His footwork has improved substantially and he keeps his guard up. Eddie seems to pack a lot of power in his punches, and loads up his shots, thereby leaving him wide open for a counter. For his striking to succeed he will have to rely on speed, which given his size and weight might prove difficult. The bout is much anticipated and could prove a real white-knuckler. Let’s just hope they don’t gas out after the first round.

Many fight fans thought this week would be slow in