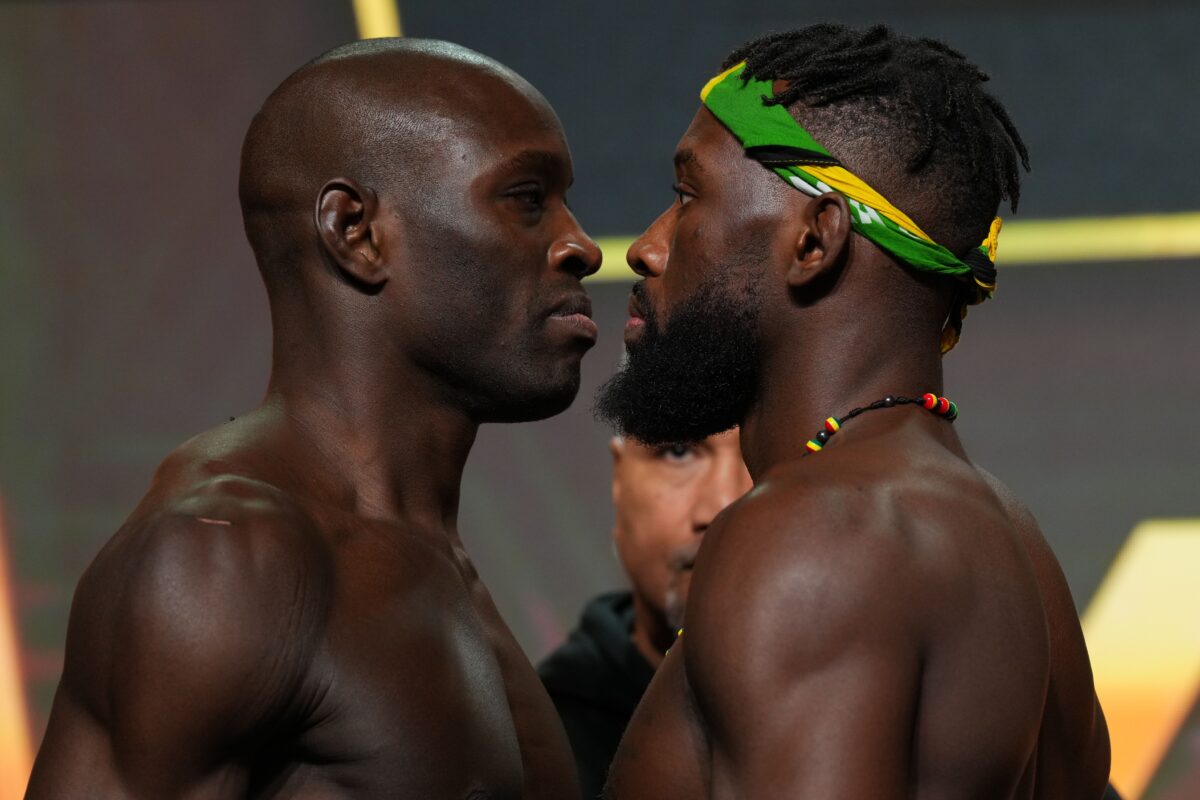 It was a bitter decision loss back in August 2021 against the Russian Magomed Magomedkerimov for Sadibou Sy. The Swede was devastated by the loss and wanted more. This year he had other plans considering how it turned out last year. He wanted to go all the way.

– My goals are always to win every match. So, simply, the goal for this year was to win the entire tournament, which I managed to do.

The 25th of November 2022 is something that Sadibou has dreamt of allhis life, ever since he started mixed martial arts and also something he will probably never forget. That was the day when Sadibou Sy stood in the final of the Professional Fighter League, having the chance of winning one million dollars at the famous arena: Madison Square Garden.

The Jamaican Dilano Taylor stood as the opponent. The fight would be an even battle inside the cage and going the full distance – five rounds. The Swedish Welterweight had never fought five rounds before but handled it perfectly, winning the fight by a unanimous decision with the judge scorecards saying 49-46, 49-46 and 49-46 in favour of Sadibou, being crowned the FPL Champion 2022.

Sadibou described the feeling of getting that belt wrapped around him as incredible but the way to glory hadn’t always been crystal clear.

– It was such an incredible feeling especially because I’ve competed for PFL three times before but never made it all the way, so we made changes that made a difference and winning makes it all the better.

Sadibou joined the PFL back in 2018 and the success didn’t come straight away. He started off winning just one out of his opening four fights.

In 2019 Sadi started off impressively at the Nassau Veterans Memorial Coliseum with a tremendous win, through a powerful leg kick to the body of David Michaud, forcing the referee David Hinds to stop the fight late in round one. After the fight the leg kick went viral all over the internet, with people like Mike Tyson reacting to it. Sadly he couldn’t carry on this form making it only one win in his three fights during 2019.

Unfortunately, the 2020 contest needed to be postponed due to the covid-19 outbreak. In 2021 Sadibou came closer than ever going all the way to the playoffs semi-final. Losing the bout via unanimous decision was heartbreaking for the Swede.

For this year Sadi made some big changes involving his training, helping him to be locked in and focused and leaving any distractions at home.

– A big change was that I moved from Sweden to Las Vegas. It helped me both with training and above all it helped me mentally. It meant that I didn’t have any moments of disturbance and could focus completely on training and recovery because friends and family were still in Sweden.

Sadibou truly succeeded this year after winning four straight fights in the Pro Fighter League and going all the way to the final and even winning it. We asked him what had been the most important factor for success this year.

– I think that being able to go to matches and going full time in each fight gave me a lot of experience and also confidence that I can win matches without winning by knockout. It gave me a sense of security and safety that I carried with me throughout the tournament.

Sadibou continues to say that his confidence had grown the more he fought and learnt about himself in the cage, and that being more active has been very useful for his development.

– The more I fight, the more I understand how I want to look in the cage. It shows more about myself as an MMA fighter and therefore it has also been very useful with the four fights this year.

Sadibou said in an earlier interview with us here at Fighter Magazine that he wants to win again next year. We are eager to follow his journey and are looking forward to watching Sadibou Sy perform yet again on the big stage next year. Hopefully, he will carry on in the same fashion and bring his form from 2022 into 2023 and bring yet another Gold Medal back to Sweden.