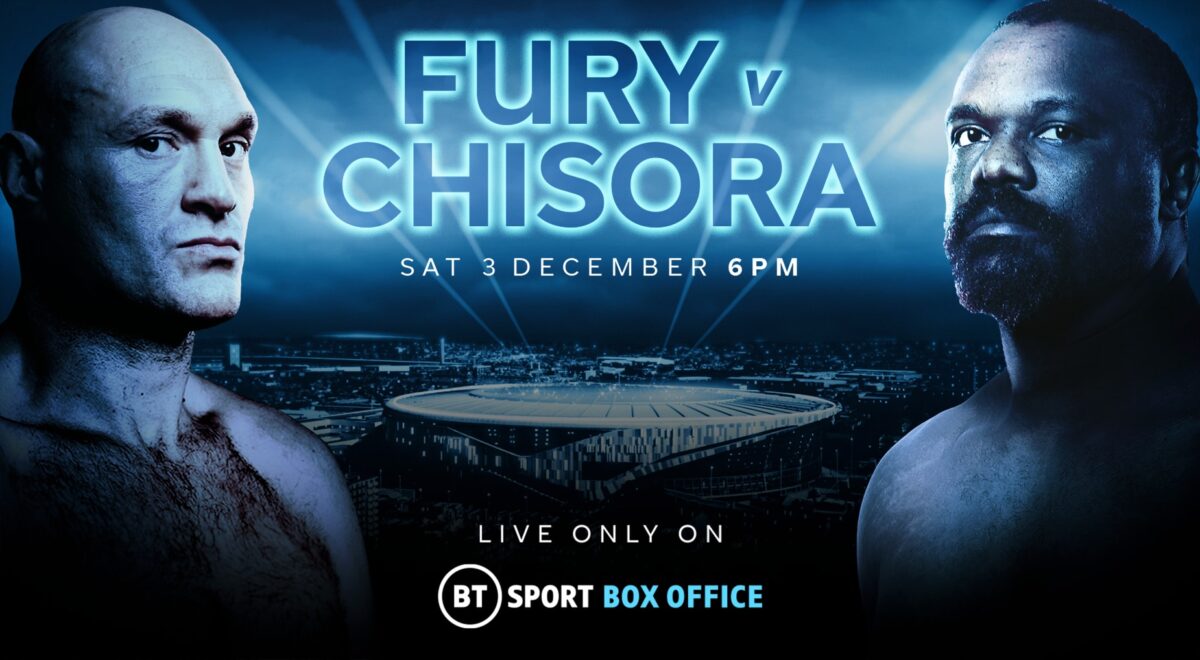 The trilogy between Tyson Fury and Derek Chisora goes ahead this Saturday, the 3rd of December. Tyson Fury will be defending his WBC Heavyweight title. With it being the third time these two fighters fight, let’s dive into the first two fights.

The first bout back in 2011 between the pair was a tough and even battle and went the full distance with Tyson Fury getting the win from the referee’s scorecards by unanimous decision.

The second clash came in 2014 which yet again almost went the full distance. Tyson Fury started the fight very impressively, by setting the tone and using his height and reach advantage – making it extremely difficult for Chisora – leading to a more convincing performance than last time. After the end of the 10th round, Chisora’s team stopped the fight making it a TKO win for Fury, which led to Fury taking a 2-0 lead in the series.

The trilogy will more than likely continue in the same fashion as the two earlier fights, going Tyson Fury’s way. As long as Fury carries on with his sublime form from not only his magnificent win over Dillion Whyte but also a fantastic knockout win over Deontay Wilder. Using his reach and staying behind his jab will give Chisora major problems trying to get on the inside of Fury.

With Fury showing in recent history that he not only can box and move and win by decision like in the early days of his career – he can also knock people out. So, for this fight, I can’t see it going the distance. Fury’s reach advantage will yet again be too much for Chisora and we will see a knockout win for the Fury team, showing once again that he’s the best heavyweight boxer on the planet.