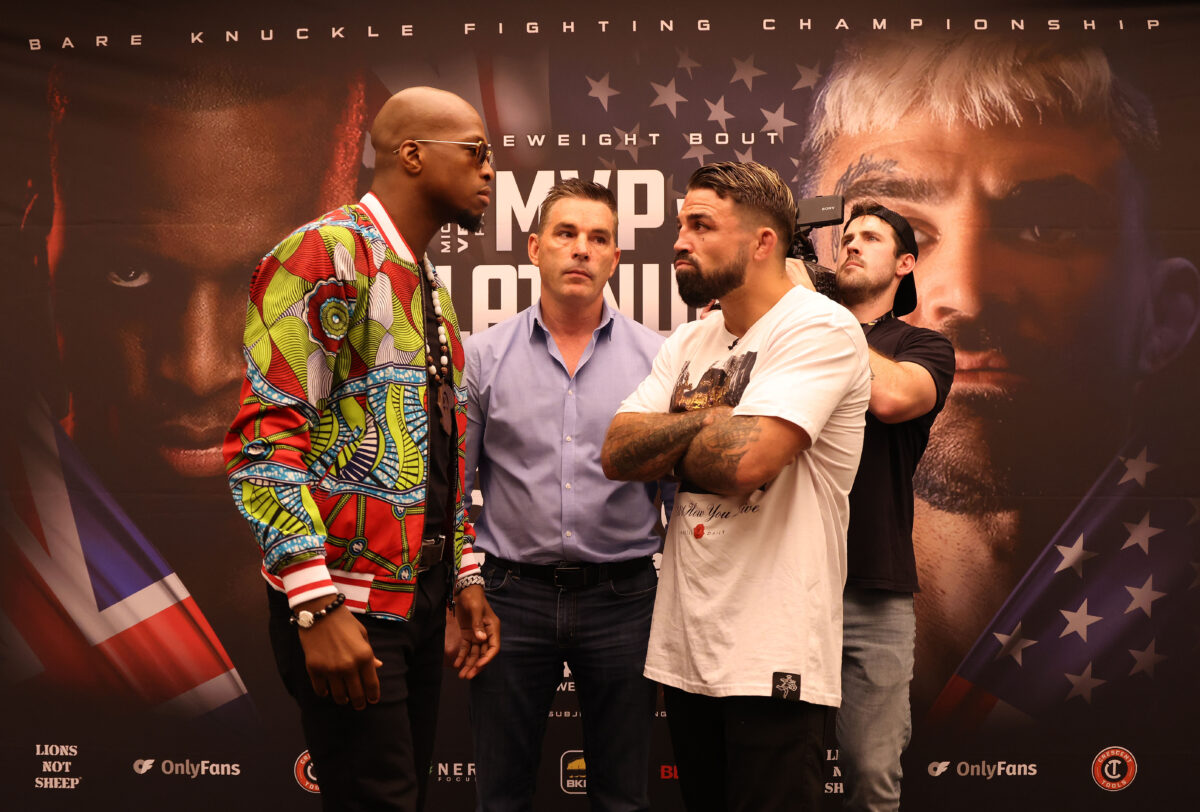 August 20th will see the first legally sanctioned Bare Knuckle Fights in England since the introduction of the Marquess of Queensbury Rules in 1867 as BKFC hosts an event at Wembley, London.

Just in time for the release of the film Prizefighter: The Life of Jem Belcher, which tells the story of pre-Queensbury boxing in England, bare-knuckle fighting returns to England. For the first time in over 150 years, legal prizefighting comes back to London, England. Live on Saturday, August 20, the Bare Knuckle Fighting Championship takes centre stage at Wembley Arena for its first-ever event in Europe.

Headlining the event will be fighters Michael ’Venom’ Page from Bellator and ’Platinum’ Mike Perry. They met for media in London on Tuesday, following on from a press conference chaired by BKFC President David Feldman which featuring several British standouts who will also be competing on the August card. Watch the full video here.

Feldman, the BKFC President said: ”This is the first sanctioned bare-knuckle event in London for over 150 years and really the first legally sanctioned and regulated bare-knuckle fight in London history. I am very excited to be here.
We’re going to do some really big things with BKFC here in the UK and to make our UK debut in the famed Wembley Arena is really something else. It all started here in the UK so to bring it home but in a modern way is very exciting.”

The event’s host and MC, Gareth Davies added: ”The city of London holds a special place in the history of prizefighting and pugilism. For several hundred years, London was the pinnacle of the prizefighting circuit. If you were champion in London, you were champion of the world. Legendary names like Jack Figg and Daniel Mendoza fought their way into the history books in this city. BKFC is bringing the sport back to its spiritual home on August 20 – and tickets are expected to sell out quickly.”