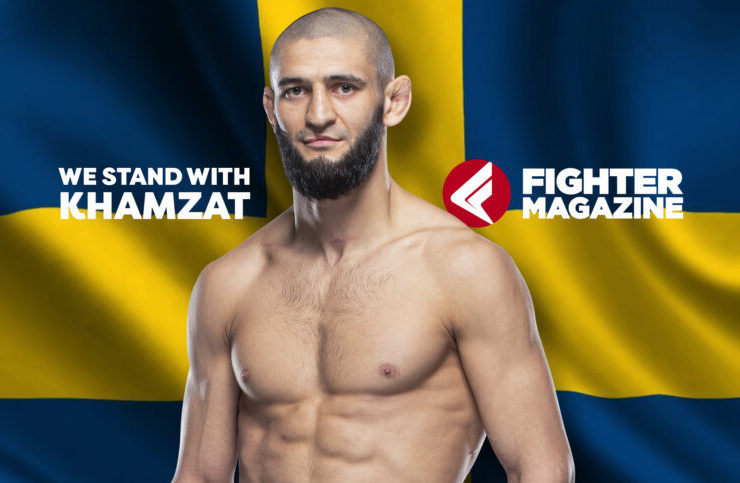 Sunday’s UFC event features two title bouts and the return of the undefeated Swede Khamzat Chimaev. Our editor-in-chief has spoken to Khamzat’s manager and makes his predictions for Sunday’s three main fights.

VOLKANOVSKI VS THE KOREAN ZOMBIE

When Alexander ‘The Great’ Volkanovski won the UFC Featherweight title by defeating Max Holloway in 2019 by unanimous decision, he instantly stepped into the realm of legends in the UFC. Holloway is ranked among the top pound-for-pound athletes in the UFC roster and has since been bypassed by Volkanovski in the rankings. The victory was controversial, and so was their second meeting in July 2020 when Volkanovski retained his title by a split decision. On Sunday Volkanovski faces ‘The Korean Zombie’ who recently lost to Brian Ortega who was defeated by Volkanovski. The Korean Zombie has a background in his national sport Taekwando and has also competed in sambo from an early age. Volkanovski has a background in wrestling. He is sure to go for the take-down and submission if we compare styles and where he might have an advantage, but he has only brought home the victory by submission three times out of his 11 UFC wins. It promises to be a well-rounded matchup but should be another win for the number 3 ranked UFC athlete. Dare we predict a win by submission?

Another controversial victory came last year when he defeated reigning champion Petr Yan who was disqualified for an illegal knee. Sterling was heard asking if he wins if it was a DQ, which he did. This has created bad blood between the two bantamweights who have sent messages to each other on social media. The last one from Yan was only a few days ago, claiming Sterling’s prayers had been unanswered since the Russian had landed in America, ready to reclaim his throne. I thought Yan had the upper hand in their previous bout. If he manages to keep his cool he is a lethal competitor. Yan has a background in striking, primarily Taekwando and boxing, while Sterling is originally a wrestler. Despite this background, commentators are universally agreed in their surprise at Yan’s upper hand when it came to wrestling the last time they met in the octagon. I think it could go either way, but Yan seems set on reclaiming what he believes is rightfully his.

The Brazilian Gilbert Burns is Khamzat Chimaev’s biggest test hitherto. Khamzat has won all four of his UFC bouts in spectacular fashion, but many have asked themselves what he would be able to achieve when tested by a UFC veteran like Burns. Burns is the number two ranked welterweight at the moment, coming off a win against Stephen Thompson and a defeat against reigning champion Kamaru Usman. Both fighters are wrestlers, Burns having a background in submission wrestling and jiu-jitsu. Burns defeated BJJ black belt, Gunnar Nelson, in 2019, so he should not be underestimated. Khamzat, however, loves to wrestle, recently having wrestled his compatriot Jack Hermansson in Sweden, and is sure to take Burns into deep water. Having spent time in All Stars Gym in Sweden and seeing Khamzat train, I believe the hype is real and that he will bring home the victory. Questions have been asked whether he will be able to go several rounds, as we haven’t seen him in such a situation in the UFC yet. Firstly, Khamzat is not new to the sport, so he has been tested elsewhere, and secondly, preparation for a fight requires fighters to simulate their forthcoming fight, including testing one’s stamina. Finally, based on what I’ve seen of Khamzat in the gym, he is as fresh at the end of training as he is at the start, while many other top-ranking athletes have been left gasping for breath.

Will Khamzat win in spectacular fashion? His manager, Majdi Shammas, believes so. Speaking to him in the lead up to this fight, Majdi told me: ‘Khamzat is ready and hungry. We believe a title bout is around the corner.’

On Sunday, Khamzat is quite likely to round that corner.

More information about the event can be found in our detailed pre-fight summary.