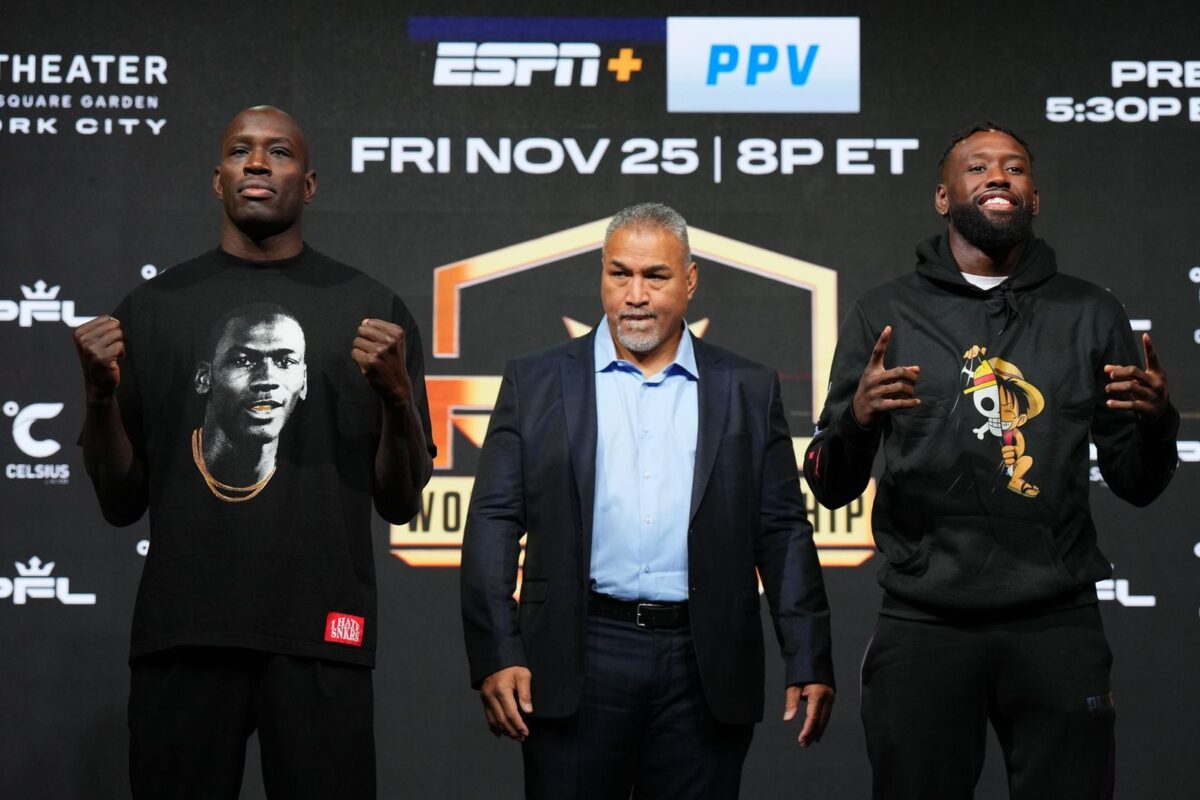 Friday, November 25th brings the Professional Fighters League finals live from the Hulu Theatre at Madison Square Garden. On the card and fighting for PFL gold is Swedish Welterweight Sadibou Sy. We spoke to him ahead of this momentous bout.

The last time we spoke to Sadibou he was preparing for a playoff fight. He has had a dominant run this season and is well-placed to bring home the prized PFL belt back to Sweden. When we speak, Sadi has just come from the official PFL press conference promoting the final event of the season.

Sadi has been in the USA for months, where he has been doing his entire camp. Preparations have been intense in Las Vegas. It marks his 5th camp in Vegas and he thinks the preparations and training have been optimal. The preparation is the same as usual: keep working on the basics, but he has focused on more rounds as the final fight of the year will be 5 rounds instead of the usual 3.

His opponent is Jamaican Dilano Taylor. Sadi believes he faces a well-rounded opponent but that he has the skills and knowledge to beat him. “I have the experience, more tools, and if you look at the type of fight it will be I am a better fighter all-round. I am a bit better than him at everything.” Sadi’s tone is humble yet confident, and he stresses that he has put in the work to back up his words.

The Swedish fighter has no exact prediction to offer. Generally, he adds, he tries towing through his superior striking: both punching and kicking. He is gaining confidence in his grappling and his ability total fighters down and control them on the ground. “The fight can go in any direction, but I will always try to get an early and spectacular knockout win.”

What would it mean for him to take the win and bring home the gold? “It would be huge! It would be the biggest thing in Swedish MMA history. I want to write history, and I want to take the belt home to Sweden and Senegal. It would mean so much.” Sadibou would be adding his PFL title to the 5 titles he already holds: 3 in kickboxing and 1 in Muay Thai. He has done everything to prepare for this fight and his determination is apparent by the way he spoke during our interview.

As a professional MMA athlete, in many ways, his life and career have been leading up to this very moment. I ask him if he is nervous, and he replies unflinchingly: “Sure, it’s a part of it. You are always nervous before a fight, and you always will be. It’s a part of the experience to learn how to deal with the entire process.”

On the card, we also see Kayla Harrison attempt to keep her undisputed claim to the Women’s Lightweight throne as she fights Larissa Pacheco. Moreover, Brendan Loughnane takes on Bubba Jenkins for the PFL Featherweight title. I ask Sadi if he has any favourites and predictions, but his honest reply is that he is so focused on his fight that he hasn’t been able to study the other’s fights closely. “There are so many fights and I would say that the Featherweights and the Women’s Lightweight fight I am really looking forward to.”

How does one move on from a win? Simple: “You win against next year!” Sadi leaves the call with a laugh and words of gratitude for all the support he has received. Sweden stands with Sadi as he “digs for gold in the USA” as the old Swedish song says. Heja Sadi!