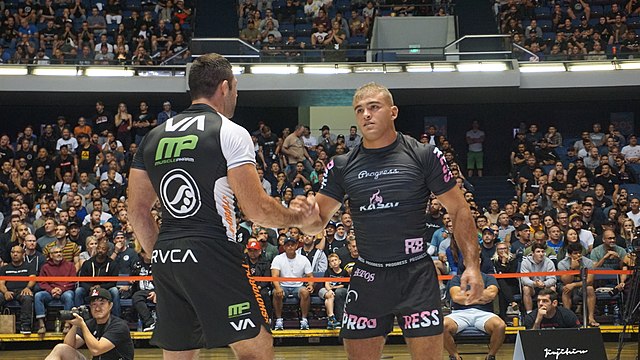 The month of August will bring a unique opportunity for fight fans. As ONE Championship signs a 5-year contract with Amazon Prime, fans across the world will witness a superb global event at ONE on Prime Video 1 with a stacked card featuring Marcus “Buchecha” Almeida. Here are 5 reasons why you won’t want to miss his fight!

As a 17-time world BJJ champion Marcus “Buchecha” Almeida has had an incredible run in his grappling career with well over 100 wins under his belt. More than half of these came through outright submission with Buchecha completely dominating his opponent. The athlete, who comes from Gracie lineage through his coach Rodrigo Cavaca, has perfected the armbar with 21% of his wins coming through this technique. Tonight, Buchecha will be fighting to continue his flawless career in MMA, which began in 2021. This fight will be the pivotal moment when we discover if he can. So far Buchecha has given us every reason to believe in him. Not only a phenomenal grappler we now know he is also a world-class striker. More than this, in his most recent fight Buchecha finished off Simon Carson with a punishing ground-and-pound, culminating his winning streak since starting MMA only three bouts ago. In short, Buchecha is a fighter any fight fan must watch. This will be a decisive moment in his career.

2. A Superb Matchup At ONE on Prime Video 1

Buchecha might be confident but he faces a formidable battle. When he steps back into the Circle on Aug 26th it will be against the hard-hitting Belarusian Kirill Grishenko. Grishenko, a former World Title challenger, returns after a loss to the Interim World Heavyweight Champion Anatoly Malykhin. This is a man hungry for a win. And Grishenko is a serious threat. Packing real power, he has taken 3 out of his 5 wins by TKO/KO. This dangerous striker might just prove a match for Buchecha, his undefeated record, and his 100 per cent finishing rate. Up to this point, Buchecha has won all his MMA fights in the first round. This fight could prove that he can strike with a striker, and one with more experience in the Circle. He can also meet his opponent knowing he has superior grappling on his side. Nevertheless, Grishenko has a wrestling background and surely won’t be unprepared for a fight on the ground. This perfect matchup will be a tough and timely test for both men, and one which cannot come soon enough.

3. He Embodies The Warrior Spirit

The fight on Aug 26th will also be a showcase of the prestigious spirit at the heart of martial arts. Martial arts are about more than just fighting. They also demand rare traits such as athleticism, skill, dedication, and courage. In a sport where trash talk might sometimes seem rife, Buchecha marks himself out as a fighter and an athlete who embodies all of these virtues and puts them into practice. Buchecha is on record stating that he rejects the culture of trash talking, which he believes kills the sport. On Aug 26th, he will bring a fresh but timeless set of qualities into the Circle, which he also shares with martial arts enthusiasts as a coach at Evolve MMA. Buchecha will be looking to finish Grishenko, no doubt. But for him respect is crucial. Instead of hurling insults at a press conference, the only contest will be where it belongs – in the Circle. There Buchecha can let his jiu-jitsu skills speak for themselves. Buchecha is a top-class athlete in the full sense of the word. This fight will be a rare opportunity to see the spirit and actions of a true warrior.

4. Only Available On ONE Championship

Buchecha’s MMA career is exclusively tied to ONE Championship. When he started MMA, he signed a multi-year contract, meaning that the only place to see this legend in action is on a ONE fight card and, from August, on ONE on Prime Video 1. His fight is just one on a card for the history books, which is available in one place only. The sharp-elbowed Muay Thai superstar Rodtang Jitmuangnon also returns, this time facing Savvas Michael in a Flyweight Muay Thai World Grand Prix semifinal bout. The main card is topped by Adriano Moraes. Moraes will be there to settle the score as he defends his World Flyweight Championship by taking on MMA veteran Demetrious Johnson. This is a greatly anticipated rematch after Moraes defeated Johnson in April last year. Buchecha and Grishenko will take to the Circle amidst these high-stakes face-offs, as ONE offers one of the most exciting and historically significant cards to date.

5. The Future Of Martial Arts On Amazon Prime

This fight will launch a new era of martial arts as ONE Championship begins a 5-year partnership with Amazon Prime Video Sports, bringing together a broader range of fight fans than ever before, all streaming on prime time. The launch will unite fans of the whole range of martial arts as ONE takes its unique approach, combining fighters of many styles on a single card, to viewers across the world. For fight fans, this will be an opportunity to see fighters of the highest caliber competing in their favorite styles in a single and special event. On top of this, they will be part of an important and exciting movement in the global martial arts community as ONE presents the most diverse range of world-leading fighters on the planet to fans from Asia to North America. When Buchecha and Grishenko come toe-to-toe in this thrilling and stylistically diverse ONE Heavyweight matchup, they will encapsulate one of the most exciting developments in martial arts today.