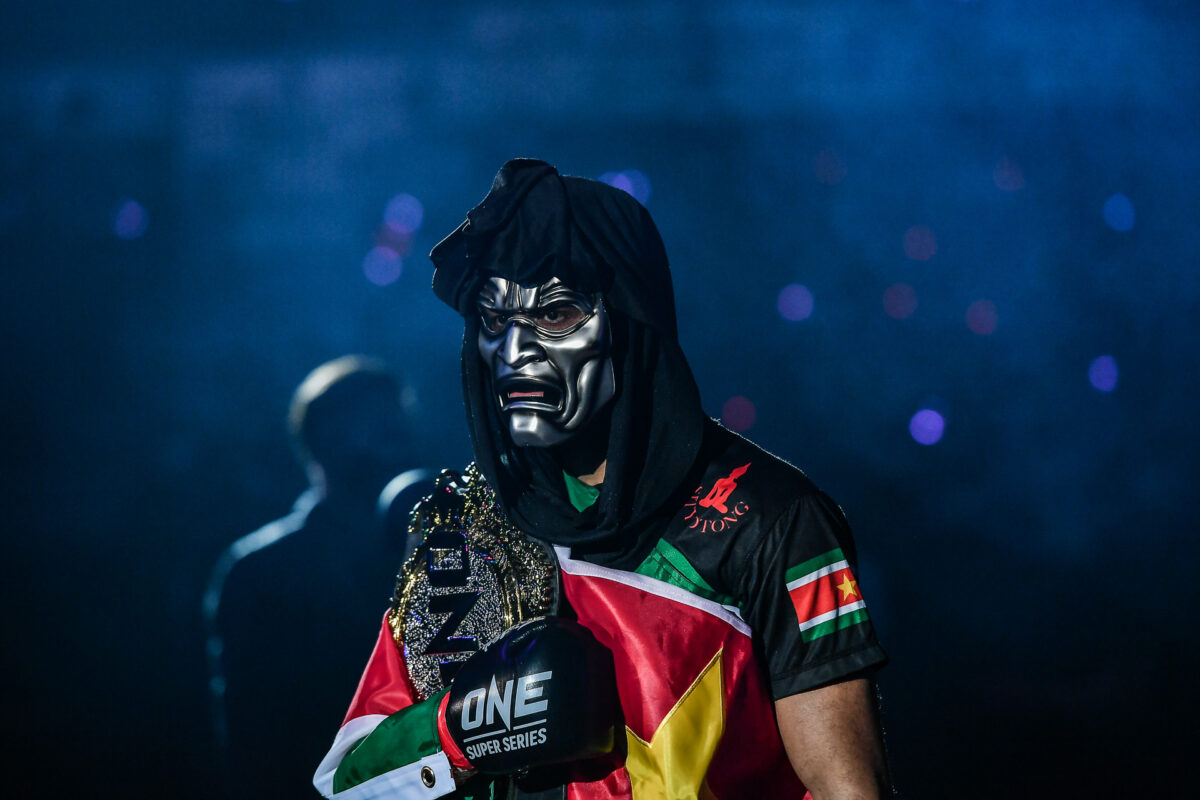 The Dutch kickboxing and Muay Thai phenomenon Regian Eersel boasts a record of 58 wins (26 KOs) with only 4 losses to date. He is set to face Sinsamut Klinmee for the vacant ONE Championship Lightweight Muay Thai World title on October 21st. We spoke to Regian ahead of the bout.

The journey towards the October 21st bout in Kuala Lumpur started early. Regian Eersel of Surinamese background moved to Amsterdam at 4 years of age. He had a rough time and found it difficult to settle into the new environment. He was bullied as a child and was encouraged by his parents to seek out a self-defence sport. He began training in Taekwondo when he was 8 and competed in a couple of tournaments. After that, he moved on to rugby where he was selected by the Dutch Junior National team. His grades at school were faltering, however. His parents came in with new sage advice and told him to focus on school and put rugby on hold. If his grades improved, they said, he could go back to rugby or choose another sport.

Dedicating himself to studying, his grades went up. He had his eyes set on returning to rugby, but he had also been watching K1 shows in Japan. He saw legends fighting and thought he would like to do the same. “Fighting in front of thousands of people and travelling the world!” He felt he knew rugby and turned his full attention to kickboxing at the age of 15. He walked into Sityodtong Amsterdam gym where he still strains, and was told by his coach that if he continued training he could have his first fight. When he turned 16 he had his first fight and fell in love with the sport. Two years later Regian turned professional. He has 20 amateur fights under his belt and his parents knew nothing about him being selected by the national rugby team. He knows they want him to keep his body healthy through sport, so he doesn’t think they minded what sport he chose.

The Dutch have always been successful in Kick/Thai boxing. I ask him why that is. “I think the Dutch style is successful because of the history behind it. We have been doing this since the 70s. It’s a long story, now almost 60 years. We keep improving and have a lot of gyms and many good trainers. The way we train is different from other gyms in the world. We have a different style and we keep practising it. We don’t change style – we don’t like change. We keep doing our own thing and this makes it unique.”

Why does this Muay Thai/Kickboxing champion think people enjoy fighting? One word: nature. “We all have an animal inside. In some situations, it is run or fight. We as humans like to see somebody suffering, which sounds bad. But by way of fighting you see someone suffering by being beaten. Or sometimes both guys get a beating. We like it, it’s in our nature. It’s strange to say, but we are animals. Most of us like fighting.”

Knowing this instinct exists in us, how does he prepare for a fight both mentally and physically? Physically he trains twice a day for 3-4 days a week, including a lot of cardio and strength training with a little bit of fitness. Mentally is more difficult to describe he admits. He pauses and gathers his thoughts, adding “I prepare for war. The closer the day to the fight, the. More I think about the fight. The more I visualise how the fight will go. I visualise the game plan.”

In front of him is Sinsamut, an accomplished Muay Thai fighter hailing from a family of Muay Thai fighters. He is, just like Regian, undefeated in his ONE Championship run. Asking him how he feels about his opponent and his preparation, Regian seems relaxed. “My approach is the same as every fight mentally. Physically I have changed because I am now fighting Muay Thai and with 4-ounce gloves. It’s different to kickboxing. The stance is different, the defence is different because you have smaller gloves so you cannot defend yourself as you do with 10-ounce gloves. The clinch has to be trained more often than before. Mentally I watch some videos but I’m not going to watch videos every day to see how he fights.” But Regian does watch some footage of his opponent and looks for weaknesses in his style. “He’s very sharp. His boxing skills are very good – he knocked out his last two opponents, so that’s very good. But for me, the better the opponent, the better I am going to be. It’s going to be a good fight.”

Who wins and how? Regian says there is only one thing certain: it won’t go the distance. “I hope I will be standing there with his body on the floor.” Looking beyond this fight, I wonder if Regian has any plans to move on to MMA given he has tried and succeeded in so many martial arts to date. “There is no plan yet, but you never know what the future brings towards you. Never say never. I will see what the future brings.”